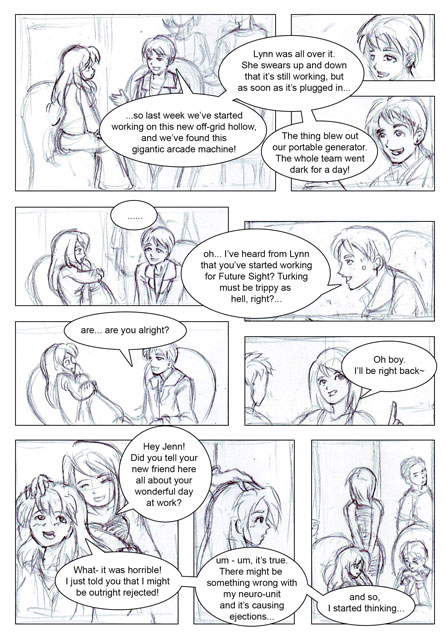 I have immense trouble drawing any character that looks to the right, mainly because I’m right handed and I’ve never made any effort to spend even amounts of time drawing people that faces different directions. This is also one of those pages where it’s just suppose to be two people sitting around and talking about a bunch of stuff, so it’s kind of rough to think of a layout that won’t bore everybody to death.

I really have to draw more people facing right.